Hey! I have finally pulled it off and got to the end of the war in “This War of Mine”; there were victims though and it wasn’t all that plain sailing really.
In the effort of pure survival I have missed several other tasks and the platinum trophy for that game remains locked. I’d imagine a fourth play through to clean these up but from looking at the internet couple of them might be tricky as these involve getting all starting characters through, including a child as in my third play through, Misha kind of glitched around depressed/broken transition and I couldn’t do anything to him and eventually he left with another adult… Ah…

As I’ve missed only few trophies I decided to start another save, this time set to 20 days in order to see if I can collect these few tricky trophies for my 11th platinum but yet again I came up short on three more trophies and since it’s been a while since my last platinum (Fallout 4?) I thought I’ll grind some of the monotony out as one of the trophies involves teaching child everything which is a bit time consuming but hey, persistence pays off and with the end of the week coming soon I have finally heard the jingle trophy sound and here she is… 🙂 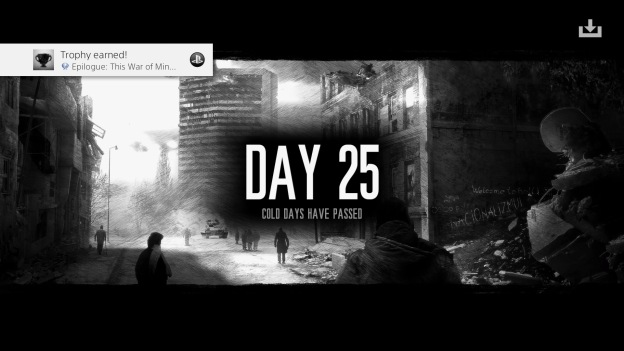 And in the meantime, somewhere else out there I had a rapid progression through Gems of War as I ended up in tier one of PvP in a matter of a day due to using this week boosted characters, so I focused on completing kingdom quests there which saw me seeing finishing two full kingdoms. The guild tasks have been doing well too as the new members have been contributing fairly well.

Aside of Madden 17 league games I have also put some time in Crew as my son rebought it since he fancied some driving around and there aren’t many open world car games on PS4.
So I decided to do some races and challenges to help him out rise some funds for new rides, parts and modifications and paints.
I mean it’s a painless process really as since the game isn’t much of a simulation I find it easy and refreshing to find a PvP lobby for few quick races here and there. Police chases are added bonus but the game feels old as we had completed the story the first time around somewhere in 2015.

For those who never played it Crew- Ultimate Edition is a steal as it comes fairly cheap with a wealth of great DLC content the developers released since the game was out. For those interested you can get your copy of Crew Ultimate Edition here. It is a fun drving/ racing game and there’s not many great titles out there for the current gen of the consoles.
Yes, I still have not gotten around starting Dishonored 2, I’m terribly terrible, I know.
And for the weekly trophy county show we have 9 trophies this week, including a platinum one! and that brings total for this year to 30 trophies, with 1 platinum. What trophies did you, gals and guys, secure recently?

I only got one right in championship round but it was all a tad bit crazy last Sunday with Packers completely falling apart into tiny pieces of nothingness. At least I have got two weeks to try to make my mind up whether I think the old sneaky wolf will trick the young and quirky chicken or vice versa…
It’s been tough going here with the last piece of NFL Predictions for the season; I have really struggled to try to make some sensible guesses but it all boils down to the sad fact that the Pats will outsmart, outplay, outthink, outcheat us all in one way or another so there’s no point writing the last piece but I’ll do my best.
For the last time in the 2016 season we have Prediction of the Week:

Falcons vs Patriots: The Ultimate Showtime!

The Patriots are finally facing a quality quarterback as their last one was Russell Wilson, who they lost to, somewhere in the middle of the season. They don’t fear it, the cherish the situation they are in as they’ll do everything they can to force Roger Goodell to hand the trophy to Tom Brady in a super duper crazy finale to Deflategate. Sigh… Sigh…

The Falcons have nothing to lose and everything to play for with only their second Super Bowl appearance so there might be a lot of wizardry going on and Matt Ryan is bound to air it out. And the whole game might just rely on one confused decision or so…
Hopefully we will have a good game this play off time but I still don’t know who’s gonna win it all.